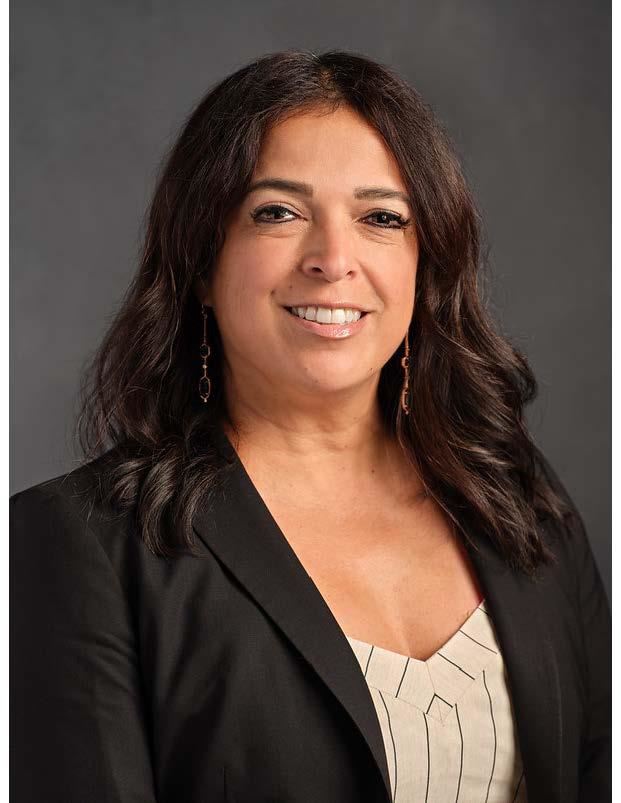 In 2019, Silvia Salinas became the first female executive director of athletics for Dallas ISD, the second-largest school district in Texas and the 16th largest in the nation. This is her 18th year in athletic administration and her 29th year in education.

Under her leadership, Dallas ISD Athletics has reaffirmed its commitment to the growth and development of coaches to support the diverse student base that compete with excellence, integrity, class, and sportsmanship. Her work is transforming the culture within the department, focusing on professional development to help coaches and student-athletes become leaders on their campus and beyond.

The department’s work is intentional and focused on the development and improvement of middle school and high school coaches, programs, facilities, and events.

In 1993, Salinas began her career as a mathematics teacher and coach, guiding the cross country and track and field teams at Lockhart (Texas) High School. She first joined Dallas ISD in 1996 at Skyline High School where she taught and coached. She briefly left for a coaching position at Northwestern State in Natchitoches, La., and returned to Dallas in 2000 to teach at Bryan Adams High School and Richland College. She transitioned to W.T. White High School prior to becoming an assistant director of athletics for the district in 2004.

Salinas earned a bachelor’s degree in exercise and sports science from Southwest Texas State University, where she competed in cross country and track & field. She earned her master’s degree in sports administration from Northwestern State University, and a doctorate in higher education and athletics administration from the University of North Texas. In September 2013, she completed her dissertation titled The Academic and Athletic Experiences of African American Males in a Division I (FBS) Football Program.

Salinas is a Leadership Dallas alumnus of the Dallas Regional Chamber and is a Certified Athletic Administrator (CAA) through the National Interscholastic Athletic Administrators Association (NIAAA), a member of the THSCA I.D.E.A. committee, and on the Board of the National Football Foundation Gridiron Club of Dallas. She also serves as an adjunct professor for Texas A&M-Commerce.

Born and raised in Brownsville, Texas, Salinas comes from a long tradition of educators in her family. Her passion for education is inspired by the teaching careers of her mother Rose-Anne Salinas; her aunt, Estela Zamora Kramer; and her uncle, Arnulfo “Zam” Zamora, a 1987 inductee to the THSADA Hall of Honor for his work in Laredo ISD.