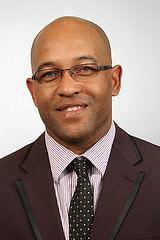 Kenny Jones graduated from Sam Houston State University in 1992 with a Bachelors of Science in Kinesiology.  He has been teaching and coaching for 17 years in the Texas. Jones joined Dallas ISD in 2010 at Conrad High School. He was promoted to the athletic coordinator and head boys basketball coach at Thomas Jefferson High School in 2013.

Jones begins his fifth year in Dallas ISD and enters his second year as the athletic coordinator and head boys basketball coach at Thomas Jefferson High School.  Jones is the proud father of four boys—Ja’Den, Harrison, Kenny Jr. and Taijan.