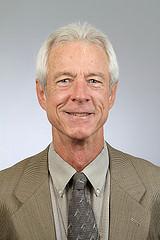 Coach Steve Pierce has spent his entire coaching career at W.W. Samuell High School, beginning in 1986 as an assistant in football and baseball. He took over as head baseball coach in 1989 and served in that role until 1991, when he was elevated to offensive coordinator for varsity football. In 1997, Pierce took over the helm as head football coach and athletic coordinator.

During his tenure, the Spartans have made 12 playoff appearances, won or shared the district title five times, reached the area round of the state playoffs four years, and advanced to the regional round once. His overall record through the 2013 season is 99-86.

Pierce shares credit for the success of Samuell’s overall athletic program with female coordinator Cherry DeLeon. She has been instrumental in helping to create a cohesive and well-organized coaching staff that works well together. Pierce and DeLeon both encourage all of Samuell’s student-athletes to participate in multiple sports to emphasize the team concept and enhance scholarship opportunities. They also stress the vital role academics plays in the preparation of student-athletes for the challenges they will face in life following graduation.

Pierce is a 1973 graduate of Skyline High School, where he was a three-sport letterman. He attended Tulsa University, lettering two years in football.