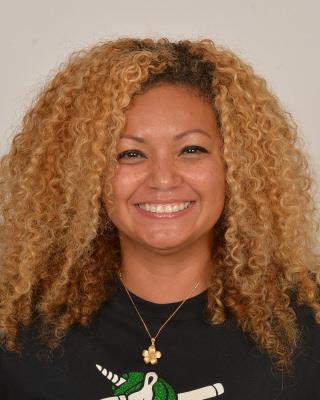 Ms. Dafnee Montecer was born in Panama City, Panama. She moved to the United States when she was 8 years-old, where she learned to speak English as a second language. She grew up on the island of Maui, in Hawaii where she learned to dance hula and body surf. She became interested in education at the early age of sixteen by working as a Kindergarten summer camp counselor and providing reading tutoring to fourth graders.

She obtained her Communications bachelor’s degree, with a minor in Spanish from the University of Texas at Arlington. She then travelled abroad to Spain and attended La Universidad de Granada where she obtained her master’s in teaching Spanish as a Second Language in 2014. She has worked in Early Childhood for the last eleven years, teaching Kindergarten through Fourth grade. Her passion is to teach the “Keiki” children how to decode and read with fluency while dancing and singing.

Thus far, she has travelled to twenty countries and wants to visit many more. In her spare time, she lifts weights, explores exotic cuisine, drinks coffee and plays with her Pomeranian-Chihuahua five-year old dog.