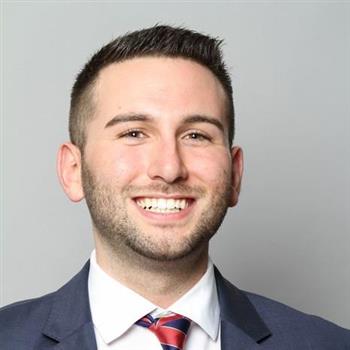 Chase earned his bachelor’s degrees in History and Secondary Education from Louisiana State University, and his master’s degree in Educational Leadership from the University of St. Thomas-Houston. He is currently pursuing his doctorate in Education Leadership (PK-12 School Leadership) at Southern Methodist University. In 2019, Chase was recognized as a Distinguished Principal by the Teachers College at Columbia University in New York. He will be engaging in professional development through the Cahn Distinguished Principal Program with Columbia University until 2020.

Prior to becoming principal of Walnut Hill Elementary, Chase served as Title 1 Interventionist for the Livingston Parish School Board, then moved to Texas to teach Social Studies at WoodCreek Junior High in Katy ISD. During his tenure at WoodCreek, Chase collaboratively developed the districts Social Studies curriculum and wrote grants to fund an integrated English Language Arts and Social Studies curriculum for gifted/talented students. Chase came to Dallas ISD in 2014 after being selected for the district’s highly selective Principal Fellows Leadership Development Program and served as the Principal Fellow at the Dallas Environmental Science Academy.

As principal of Walnut Hill, Chase has received the designation of Exemplary principal, the highest recognition for Dallas ISD principals. Under his leadership, Walnut Hill Elementary earned countless awards including all six of the academic distinctions from the Texas Education Agency for the first time in the school’s history and earned an “A” rating in all domains of the state’s new letter grade accountability system. Chase was named the Thomas Jefferson Feeder Pattern Principal of the Year in 2017 and Northwest Schools Network Principal of the Year in 2018, and was a Dallas ISD Elementary Principal of the Year Finalist in 2017 and again in 2018. In 2019 after four years under his leadership, Walnut Hill Elementary was nominated by the Texas Commissioner of Education for the United States Department of Education’s National Blue Ribbon School of Excellence Award for Exemplary High Performance. He is currently partnering with North Lake College to open the North Lake Collegiate Academy in August 2019.