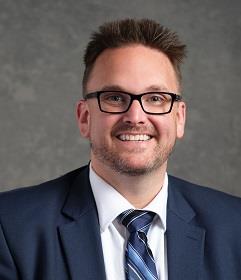 Scott M. Rudes, Ph.D., has served as principal of Booker T. Washington High School for the Performing and Visual Arts in Dallas, TX since 2013 and currently functions as the Principal and Artistic Director for the school.

During his tenure, Dr. Rudes has assisted in establishing and developing the following:

Dr. Rudes has also be honored to represent the school in a variety of roles, including receiving the Texas Medal of Art in 2015 on behalf of BTWHSPVA for Outstanding Arts Education.  He was one of twelve principals selected for the Superintendent’s Principal Group 2019-2020 with Dallas ISD Superintendent Dr. Michael Hinojosa.  As an active member of the Arts Schools Network (of which BTWHSPVA was a founding member in 1981), Dr. Rudes has served on the ASN Board of Directors since 2010, hosted the annual conference at BTW in 2016, received the Jeffrey R. Lawrence Award in 2019, and served as President of ASN in 2020 and 2021.  He has done consulting work with arts schools throughout the country, including the Ruth Osawa School of the Arts in San Francisco and the establishment of a new arts high school in the Western Heights School District in Oklahoma.

Prior to his appointment at BTWHSPVA, Dr. Rudes served as the principal at Orange Grove Middle Magnet School of the Arts in Tampa, Florida.  During his tenure, Orange Grove was recognized by the state of Florida as an Arts Achieve! Model School, and received the Exemplary Schools designation from the Arts Schools Network.  Dr. Rudes was also recognized by the Florida Alliance for Arts Education (FAAE) as the Arts Administrator of the Year for 2012, and received the Denise Davis-Cotton Emerging Leader Award from the Arts Schools Network as well.  In 2013, he was recognized by the Broadway Educator League with the League Educator Apple Award, which acknowledged his work in bringing together arts organizations in the Tampa area to improve arts education experiences in the K-12 spectrum.

Dr. Rudes also served as the assistant principal for magnet curriculum at Howard W. Blake High School of the Arts, where he was responsible for the entire fine arts magnet program. Under his leadership, the program expanded from 650 students to over 850 students, and the curricular program was redesigned to include expanded offerings in theatre and media production. Prior to becoming an administrator, Rudes served as the director of orchestral studies at Bloomingdale High School. During that time, the orchestra program expanded to almost 150 students in 4 separate orchestras. Under his direction, the orchestra program received Superior ratings at both the District and State Music Performance Assessments on numerous occasions. Rudes has served as the President of the Florida Orchestra Association (FOA) as well as President of the Florida Network of Arts Administrators (FNAA).

Dr. Rudes continues his work as a musician, serving as the Music Director at St. Philip’s Episcopal Church in Frisco, TX since 2015.  In 2017, he returned to Florida to conduct the Florida All-State Middle School Orchestra.  He is the proud father of three, Joshua (BTW Class of 2016), Jacob and Mary Natalie (BTW Class of 2022).