Madison Meadows, a senior in the Theatre Conservatory, won 2nd place in the Texas Regional August Wilson Monologue Competition.  The event was hosted by Southern Methodist University Division of Theatre at the Bob Hope Theatre on Feb. 16.

More than 125 high school students from around the state competed in the semifinals which were held in January. Madison was selected as one of 17 semifinalists to advance to the regionals and won 2nd place in February. This was a particularly significant accomplishment because Madison was selected as a 3rd place winner in the competition in 2018.  Incidentally, Madison was also named a 2019 YoungArts Winner Honorable Mention in Theatre.

Madison will join other high school finalist from across the country as they perform monologues from August Wilson’s seminal Century Cycle for a panel of celebrity judges in New York.  The evening will be emceed by Tony Award winner Kenny Leon.  As a national finalist, Madison will participate in theatrical workshops conducted by professional actors,  get VIP theater tours, take in the sites of New York and attend a Broadway musical, among many other activities.

The national competition is free and open to the public and it will be held at the August Wilson Theatre on 245 West. 52nd Street between Broadway and 8th Ave. on Monday, May 6 at 7 p.m. 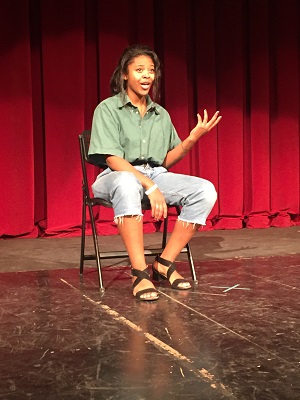 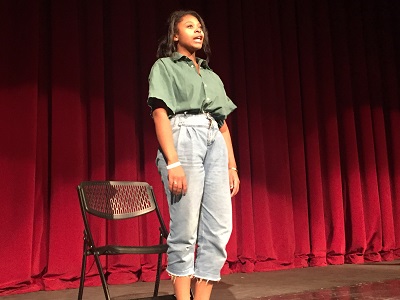